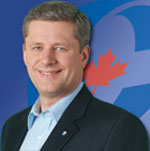 listeria outbreak from the Maple Leaf Foods deli meats?   With 20 deaths already linked to the outbreak and another six under investigation,  the focus in Canada continues to be on blame.

According to CBC News:

"Prior to April 1, [any positive listeria tests] would have had to have been, not only brought to the inspector’s attention, but the inspector would have been involved in overseeing the cleanup," said Bob Kingston, head of the union representing CFIA inspectors.

"The CFIA would have been doing their own testing to validate the success of the cleanup. But after April 1, with the changes they brought in, none of that happened. They weren’t required to bring their cleanup activities to the inspector’s attention, [and] they wouldn’t have been required to bring a failed cleanup attempt to the inspector’s attention, or repeated positives."

Inspectors said had the alarm bells been sounded earlier, lives could have been saved.

"Bells and whistles would have been sounding if [Maple Leaf officials] had to report positive test findings to an inspector," said one Toronto area CFIA inspector who spoke to the CBC and the Star on the condition of anonymity for fear of reprisals.

"We might not have had anybody dead [if company officials were still obligated to report positive listeria findings]. It’s terrible. My dad eats this stuff all the time. I eat it," the inspector said.

For more, including Maple Leaf’s side of the story, go here.