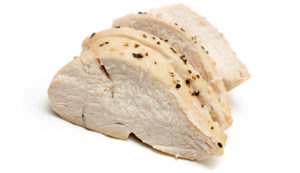 As of July 2, 2021, three people infected with the outbreak strain of Listeria monocytogenes have been reported from Delaware and Texas. Illnesses started on dates ranging from April 6, 2021, to June 5, 2021.

Sick people range in age from 60 to 95 years, with a median age of 89, and 66% are male. All three people were hospitalized, and one death has been reported from Texas.

The true number of sick people in an outbreak is likely higher than the number reported, and the outbreak may not be limited to the states with known illnesses. This is because some people recover without medical care and are not tested for Listeria. In addition, recent illnesses may not yet be reported as it usually takes 3 to 4 weeks to determine if a sick person is part of an outbreak.

State and local public health officials interviewed people about the foods they ate in the month before they got sick. All three people were in a long-term care facility or hospital when they got sick. These facilities served many food items, including meals with precooked chicken.

Public health investigators are using the PulseNet system to identify illnesses that may be part of this outbreak. CDC PulseNet manages a national database of DNA fingerprints of bacteria that cause foodborne illnesses. DNA fingerprinting is performed on bacteria using a method called whole genome sequencing (WGS).

WGS showed that bacteria from sick people’s samples are identical. This suggests that people in this outbreak got sick from the same food.

USDA-FSIS found the outbreak strain of Listeria in two samples of precooked chicken products during routine product testing. Along with the epidemiologic data, this suggests that people likely got sick from eating precooked chicken.

USDA-FSIS and state partners are collecting food purchase records from the long-term care facility and hospital to identify a common precooked chicken product that may be making people sick.

Until we learn more, CDC is advising people at higher risk for severe Listeria illness and facilities caring for them to take extra precautions: reheat precooked chicken to an internal temperature of 165°F, and do not eat cold dishes made with precooked chicken unless the chicken was reheated before being used in the dish.